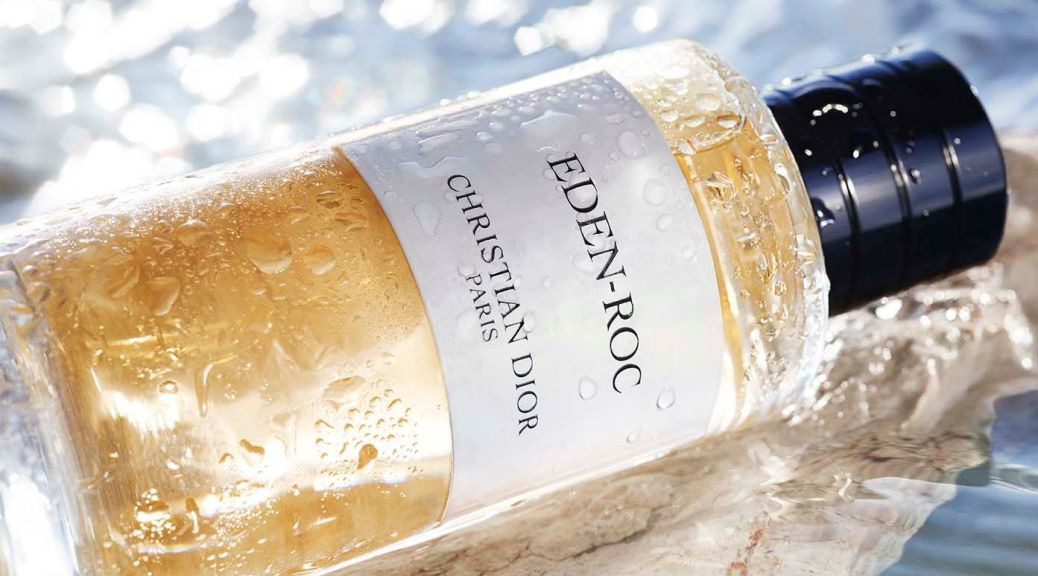 The Hôtel du Cap-Eden-Roc is a storied luxury resort residence in the south of France, a series of extravagant holiday villas set within a chateau by the sea. For those in the know, and with the sufficient funds, it is said to be a kind of paradise: Chagall sketched it, F Scott Fitzgerald wrote about it, Prince wooed Kristen Scott Thomas there in Under The Cherry Moon. Picasso sat drawing the menu in the hotel bar. Marlene Dietrich and Rita Hayworth had affairs there.

While it might seem unusual for Dior to release a pure aquatic, , there has always been an archival freshness to much of the classic fragrance from the house, from the bright luminescent florals and citruses of Diorissimo and Diorella, through to the recent prettifications of the Francois Demachy creations for Maison Dior: Souffle de Soie, Holy Peony, Lucky, Diorissima, and the oceanic pebble fig breezes of Balade Sauvage. The bright morning ablutions of the upper crust blearily flinging open the shutters of their magnificent chambers to the sight, and smell, of the sun on the waves. The tennis courts below. The stories that these long white corridors could tell….

The new perfume is a pure aquatic sea air creation, with Mediterranean citruses and a solar sea promenade jasmine with hints within of troubling indoles; otherwise, all is saline, sun-bleached, clear and dreamy, except for a note of pine that grounds the proceedings in a slight hint of dry virility. I like it. Although I would personally find a stay at an exclusive place such as the Du Cap somewhat exhausting; all the clothes you would need to pack (or buy in the first place) for each sighting in the bar; at breakfast, at dinner, while relaxing with grenadine cocktails on the oceanside cabana – for me it would necessitate suitcases and suitcases; a valet, a personal shopper and stylist and several bellhops to just select and lay it all out for me each day like Audrey Hepburn and her grand entrance at the beginning of Charade : the scent itself – simple, harmonious ; is pleasing. As a fan, in very hot summer weather, of Il Profumo’s beachwalk Aria Di Mare, to which Eden Roc bears some resemblance, I can imagine this being quite cooling and gentrifying to the senses when the heat gets too much (though for me it hardly ever does); I was teaching the word ‘exhilarating’ yesterday, and instinctively, the first example that came to mind for me of how to use the word from personal experience was one August day last year at Ishiki beach; down from the Emperor’s summer residence in Hayama, where for the first time in several years, I went running along the jetty – and dived straight into the ocean.

This site uses Akismet to reduce spam. Learn how your comment data is processed.

Travel-News and Reports in German, English and Romanian